Please switch to a modern browser like Chrome, Firefox or IE10+ for better experience.

for All platforms
Marvel Puzzle Quest

Marvel Puzzle Quest
All platforms
OR
Thanks for contacting us. Your message was received.

What are Bonus Heroes? 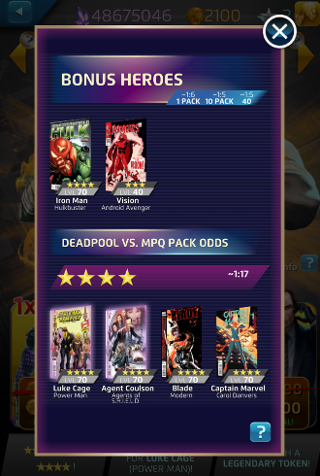 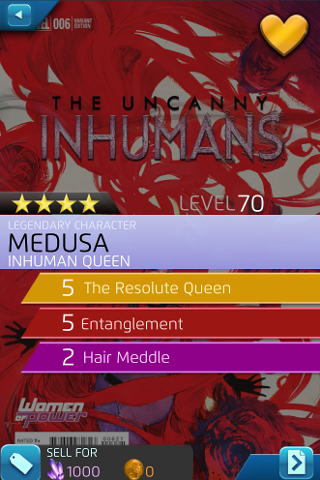 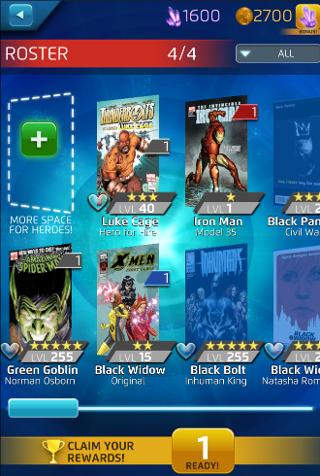 Can I change my Favorite Characters?
Yes! You can change your favorite characters at any time.
What if I do not choose any Favorite Characters?
If you get a Bonus Hero, and you have not chosen a Favorite character within that rarity, you will receive a random character from that rarity as your Bonus Hero.
For example, if you get Wolverine (X-Force) from a pack and it triggers a Bonus Hero, but you have no 4-Stars favorited, then you would receive a random 4-Star character that’s available to be favorited.
When do I unlock Bonus Heroes?
Bonus Heroes becomes available once a player reaches S.H.I.E.L.D. Rank 8.
Last Updated: 786d • Permalink

Your browser does not allow you to contact us from this page because third party cookies are disabled. Click continue to open this form in a new tab.

Something went wrong! Please reload and try again. We're sorry for the inconvenience.

You're navigating to a different app. You'll be able to continue the current conversation only when you switch back to the current app.